Game of Thrones season 5 finale episode, Mother’s Mercy was a shocking episode in which characters were killed of mercilessly. Most notable among them was Jon Snow, who was stabbed by the brothers of Night’s Watch.

Now we can take a look at the Jon Snow death scene script pages as Entertainment Weekly has released the script pages for the scene. 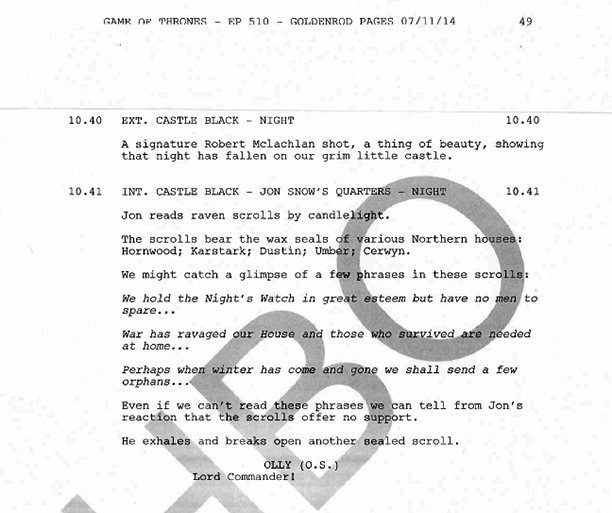 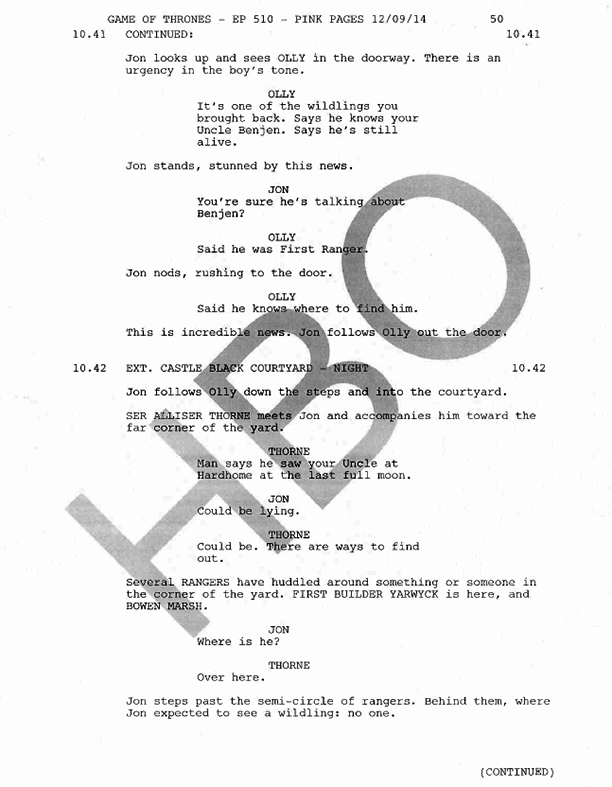 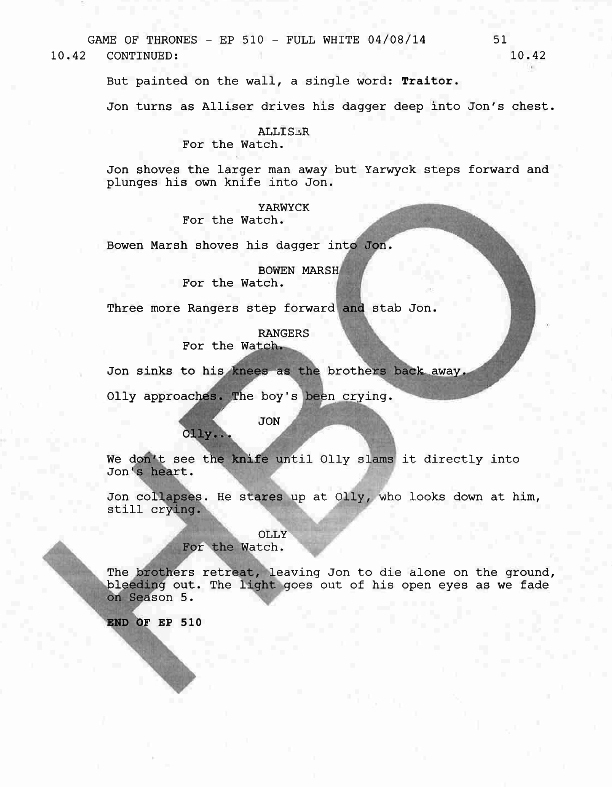