Torrent Freak has reported that Game of Thrones was downloaded an estimated 14.4 million times via BitTorrent. More than the half of the downloads occurred in the first week after the show aired.

The Walking Dead and The Big Bang Theory lag way behind at 6.9 and 4.4 million downloads respectively. Torrent Freak has compiled a list of the most downloaded shows worldwide for 2015. Which of the following shows do you watch? 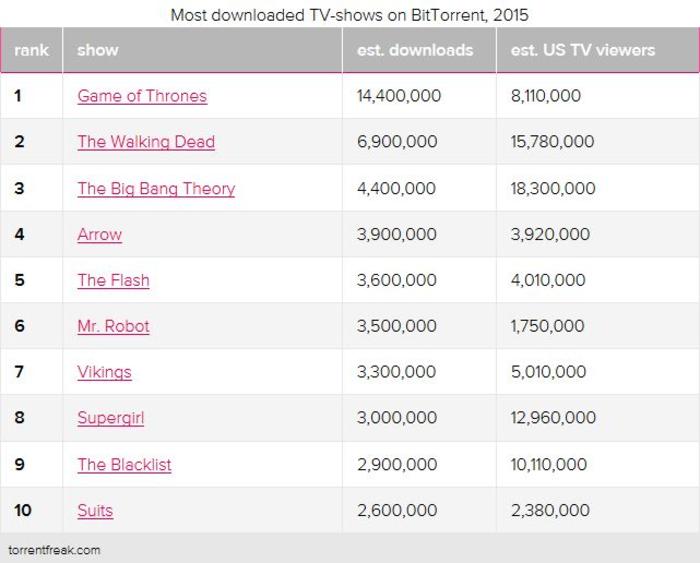