Recently we had posted about some Game of Thrones actors who had reached Belfast, which also included few dead characters and now we have got photos of more cast members who have arrived in Belfast. We should be grateful to social media which has helped in spreading the news. Most of the actors have been happy to oblige for pics with fans and there are some who simply couldn’t resist sharing pictures online. The list of actors also includes Gemma Whelan who plays the role of Yara Greyjoy. So that means the Greyjoys will get some screen time in season 6.

Well look who I ran into at a certain airport ready for a certain read through..?! @nathalieemmanuel #seasonsixiscoming #buckleupkids #dragongliding

Check me out with my buds #gameofthrones #northanireland 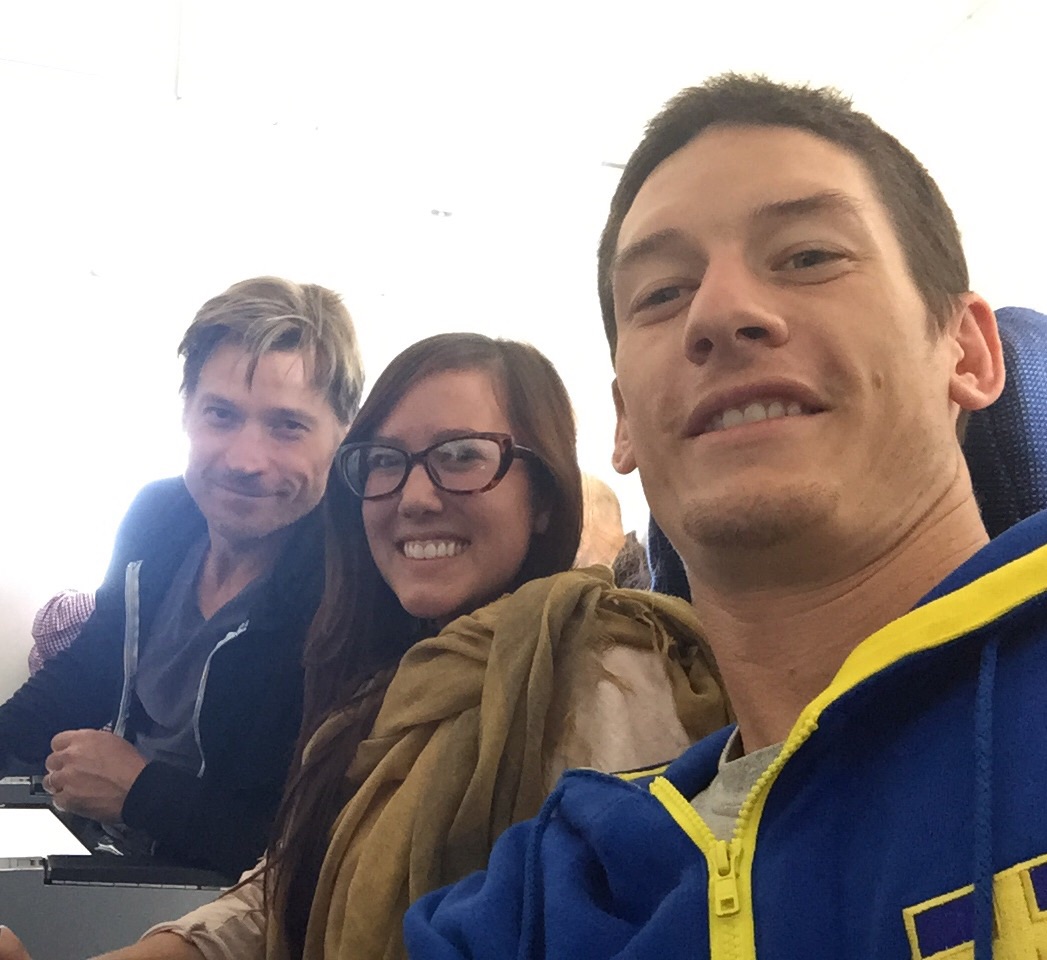 Sophie and Maisie with some lucky fans! If you know the people in the pictures please tag them😊 – { ||#sophieturner #sansastark #maisiewilliams #aryastark #gameofthrones @sophiet @maisie_williams ||

@bayy__z long hair & beard. They are filming season 6 right now. The whole cast is staying in the same apartment building as U.S.!!!!

Back in Belfast for #GoTSeason6 soon, I adore this city so much #GameOfThrones

Brenock Connor plays the role of Olly and I am surprised that he reached Belfast safe and sound because there are lot of fans who are pretty pissed with him right now.